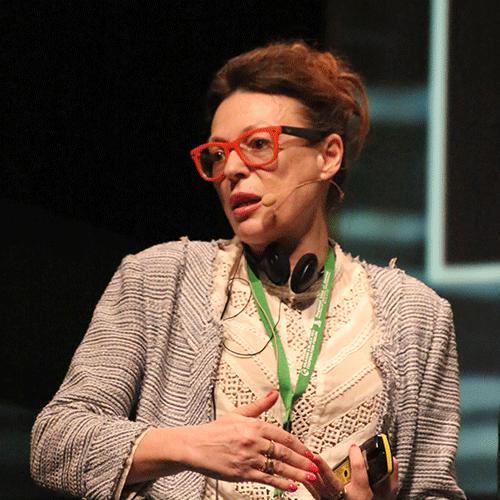 Dr. Jelica Stefanović-Štambuk is Professor of Diplomatic, European and International Studies at the University of Belgrade ‒ Faculty of Political Sciences (FPS). Since the establishment of the Ministry of European Integration of the Republic of Serbia in 2017 she is Special Advisor on the UN’s 2030 Agenda for Sustainable Development to the Minister for European Integration.

Professor Jelica Stefanović-Štambuk holds her B.A and Master of Science and Ph.D. in International Relations, Politics and History from the University of Belgrade. Continuously from the master thesis on historical forms of diplomatic communication (1985) through the doctoral dissertation on the development of the CSCE’s diplomatic practice (1996) till today she does researching, teaching, writing and is professionally engaged to contribute to global peaceful transformational change. She has been lecturing at her alma mater on undergraduate, graduate and doctoral level a variety of courses encompassing the fields of Diplomatic, European and International Studies and held visiting professorship posts at several institutions of higher education, including some in the Western Balkans Region.

She was the founding head of the first TEMPUS Joint Master Programme European Studies in Politics in 1991 and of the newly designed Doctoral Programme in International and European Studies in 2009 at the University of Belgrade – Faculty of Political Sciences. Her committed international involvement in interdisciplinary networked research primarily on sub-state diplomacies, strategic planning and thinking, and global rise of populism in the International Studies Association’s Working Groups and development of problems-oriented, digitally immersed atelier-modes of teaching are recognized as path-breaking. For mentoring the best undergraduate students’ project proposal for Regional Development contributing to regional and local community cohesion and sustainability she has received in 2017 the award of the Development Agency of Serbia – RAS.

Acting from 2010 on as invited lecturer, speaker, programme reviewer and chair at more than 70 most influential international conferences and world-wide academic events led to her recent monographs on sustainability diplomacy and diplomatic power of circular global regions. In addition to academic work she has served for three years (1999-2002) as director of the publishing house “International Politics” and editor-in-chief of scholarly journal Review of International Affairs. She now sits on the Editorial Board of the European Perspectives: Journal on European Perspectives of the Western Balkans and regularly serves as program reviewer for the annual conferences of the Council for European Studies (CES) of the Columbia University and independent expert evaluator for the EU-funded COST.

What indeed the circular economy is for “green growth”?

Although the circular economy is gaining widening traction neither the most vocal proponents agree on the main facets. Yet, the majority holds that it is the best transitional conduit to sustainable development by its transformational deliverance, not just of “green growth”, but of the “evergreening” of growth.

Hence, it is worthwhile to undertake an investigation of the performed relation to growth by the circular economies already in place. The best suited to be a base of this critical inquiry is the most authoritative yardstick in the field of global sustainability governance - the transformational UN’S 2030 Agenda for Sustainable Development. Its application in discernment of the European Union circular economy relation to growth - through its actual operation of the management of waste, primarily solid waste plastic stream (since waste water management is still “under construction”) – has shown that the right balance between social, economic and environmental dimensions of sustainable development is still not found.

The framing of growth as “green” and the premium put on environmental dimension of sustainability (understood to be an effective protection of natural resources driven by economic incentives for producers and consumers alike to act more responsibly) both in the EU circular economy and in the linear economies of the candidate countries for accession to the Union, the Republic of Serbia included - even though among them she is scoring the best on the SDGs - are far beyond the mark of the 2030 Agenda’s transformational vison of sustained, inclusive and sustainable economic growth. Only the upcycling transition, stemming from the rightly found balance between entwined social, economic and environmental dimensions of sustainability and enabled by joint cross-border and transnational implementation of the SDG 8, is the suitable one for making the vision of sustained, inclusive and sustainable economic growth the reality by 2030.