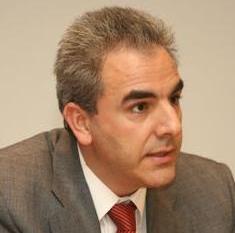 Mr. Dokos received his Ph.D. in International Relations from Cambridge University and has held research posts at HSFK (Frankfurt, 1989-90) and the Center for Science and International Affairs (CSIA) at Harvard University (1990-91).

He served as the Director for Research, Strategic Studies Division, Hellenic Ministry of National Defence (1996-98) and as an Advisor on NATO issues to the Ministry of Foreign Affairs (1998-1999).

He is currently the Director-General of ELIAMEP. He has taught at the Universities of Athens and Piraeus, the Hellenic National Defence College, the Diplomatic Academy and the Hellenic National Security School. His research interests include global trends, international security, Greek-Turkish relations & Mediterranean security.

Relevant publications include: Energy developments and Greek foreign policy: The Southern Gas Corridor as a major opportunity for Greece (with Dr. Tsakiris), ELIAMEP Policy Papers, Athens, February 2012, Energy Geopolitics in the Eastern Mediterranean: The Role of Greece, Tel Aviv University, February 2016, The EU and the Western Balkans as a Single Security Space in ‘Resilience in the Western Balkans’, EUISS Report, September 2017.