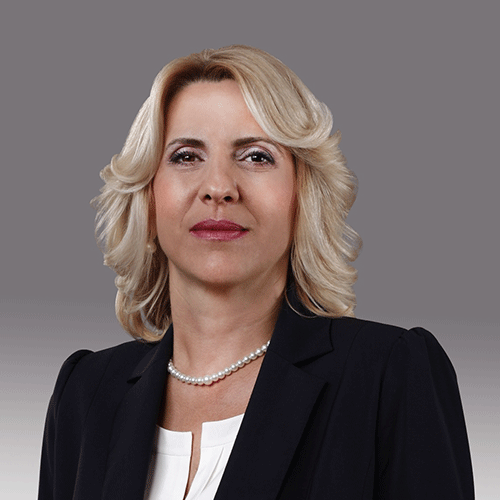 She started her professional career as Professor of English language and literature, followed by several years of experience working with the European Union Mission in BiH.

In 2011. she was appointed Republika Srpska Minister of Economic Affairs and Regional Cooperation.

Ms. Cvijanovic was elected Republika Srpska Prime Minister twice – for the first time in March 2013 and for another term starting December 2014.

She is married and mother of two children.

The Republic of Srpska: Building a path for information society

- One of primary objectives of the Government of the Republic of Srpska is the education system reform and its adjustment to the needs and demands of the labor market, formation and training of such occupational profiles that would be able to respond to the needs of a modern, digital society and economy. The measures which the Government is taking in this direction represent the pledge for the future and development of the Republic of Srpska as a modern society based on contemporary technologies and dynamic economic growth.

- With the ever increasing opening of the economy, as well as of public administration toward modern digital technologies, the conditions are being created for better business environment and stronger influx of domestic and foreign investments which would result in more dynamic business activities and continuous economic growth as demonstrated by the macroeconomic parameters in the Republic of Srpska in the past several years.

- Enhanced connectivity of the economies in the region and constant know-how exchange with stronger linking-up of their development and innovation capacities does not only represent the necessity but the only path for upgrading of their competitiveness in the contemporary globalized world.