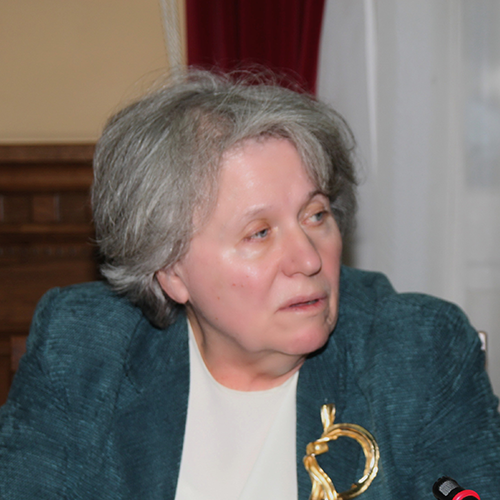 Since 1972 she has been voluntarily active in cultural, social and athletic organizations in Greece and abroad.

Since 1983 she has been President, Secretary General and Curator in culture organizations, where she has created pioneer institutions in all sectors. She has created institutions like the Cultural Center, the regional creative centers of culture, women’s equality and entrepreneurship, Greek immigrants and tourism, as well as the Second Chance School and Youth centers, which were pioneer foundations for Greece at that time in the Municipality of Serres.

Her contribution in promoting tourism has also been significant in the framework of the World Tourism Organization actions.

Being Serres Club for UNESCO President for the last 20 years, she has suggested and included Serres in the Routes of the Olive Tree, in the Network of the Cities Biodiversity, in the European Coalition of Cities against Racism, in the Mayors Agreement and others. She has also made Serres Robot City for UNESCO.

She has been President, Vice-President and Secretary General in Green Sports, due to her participation in signing Nagano Declaration on Sport, Environment and Sustainable Development in Japan.

She has been supporting the Campaign of the United Nations High Commissioner for Refugees (UNHCR) in Greece for the last 10 years.