BRUSSELS (Reuters) – A dozen EU countries want to bring the six western Balkan nations into European Union policy meetings even before they join the bloc, according to a policy paper seen by Reuters, in an effort to improve the bloc’s image in the region.

After years of neglecting the six western Balkan countries and looking to counter growing Russian and Chinese influence in the region, the European Commission is set to unveil a plan on Tuesday that lays out how Serbia and Montenegro could become the first of the group to join the EU by 2025.

In their 12-point proposal handed to the European Commission in late January, the EU countries also want to allow ministers of Balkan governments to participate in top EU meetings in areas including the environment, health, transport and foreign policy.

That would go beyond the ad-hoc meetings and ministerial breakfasts that the EU offers its closest non-member partners.

“These are cost-free measures that would have a tremendous political impact and would be instrumental in improving the EU’s image in the region,” the proposal said, also urging EU government officials to visit the Balkans more regularly. 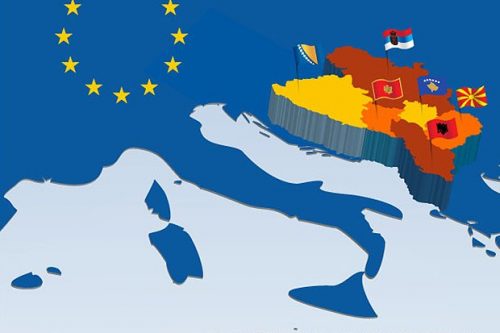 The six countries – all bar Albania emerging from the breakup of Yugoslavia – have long been considered future members.
But amid concerns in Western capitals over the costs of another wave of eastern enlargement and over the slow progress of the region’s political, judicial and economic reforms, many citizens in the Balkans are wondering if they will ever join.
Only a slim majority of Serbs would vote for EU membership in a referendum, a January poll by Serbia’s ministry of European integration showed, down from 73 percent in 2009.

Reforming the region throws up formidable challenges. For example, Serbia does not recognize the independence of Kosovo, its former province. Some EU states have also refused to recognize Kosovo, including Spain, which is trying to contain its own separatists in Catalonia.

Germany, the biggest provider of EU funds to candidate countries, is cautious about throwing open the door to the six countries, saying organized crime and corruption are entrenched and the rule of law needs to be assured first.
German diplomats say they are wary of repeating mistakes made in 2007 with Romania and Bulgaria, which many EU officials believe were allowed to join the bloc before they were ready and are still dogged by corruption and a weak judiciary.
However Bulgaria now holds the EU’s rotating six-month presidency until June 30 and is keen to champion the membership drive of its Western Balkan neighbors by holding a special Balkan summit in Sofia in May.
And despite its own decision to leave the EU, Britain also backs the group’s aspirations to join the bloc and will host another top-level Balkan gathering in July.