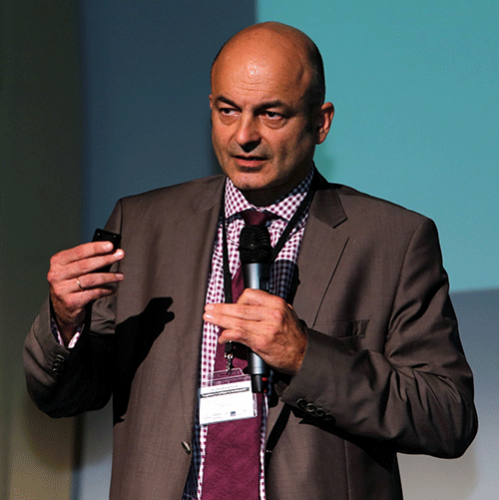 Born in Athens in 1967, Alexis Sioris gained his Bachelor’s and consequently his Master’s Degree in Industrial Engineering at the Technical University of Darmstadt, Germany, in 1990.

He then went into General Management Consulting with Nestle’s  “Productivity Team” in Switzerland and Indonesia. In 1992, he joined Harvard University’s MBA program. In 1994, he returned to Greece to conduct his military service with the Paratroopers’ Long Range Reconnaissance Patrols of the Greek Army’s Special Forces (ETA).

In 1996, he joined Athens International Airport S.A. (AIA), still under formation at the time, and since then, in his role as Manager of Cargo Development and Chairman of the Airport Cargo Community Committee, has spearheaded AIA’s efforts to place Athens on the world cargo map and gradually transform it into a cargo gateway of SE Europe.

In 2016, he additionally took on responsibility for the whole ground-handling sector at AIA, his vision being to promote the growth and development of new ventures within the airport community through a true synergetic approach. From 2014-2017, he served as Vice Chairman of the Institute of Logistics Management Greece (HILME), the Greek branch of the European Logistics Association (ELA). Alexis is a Greek native speaker and fluent in German, English and French.