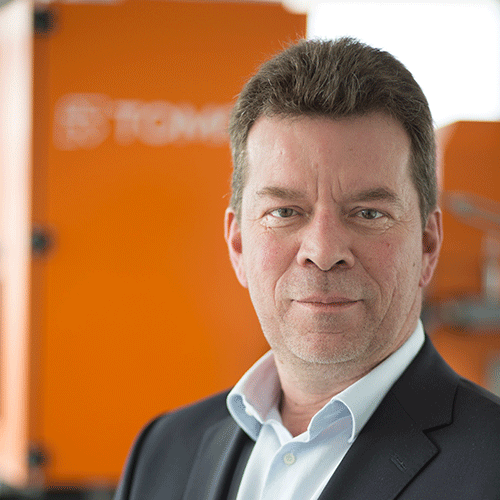 Jürgen Priesters started his career in 1989 in an environmental engineering company, U.T.G. GmbH. During his tenure, he served as a project engineer and was responsible for the layout and approval of the process planning of the first light packaging waste sorting plant. Additionally, he was accountable for an MSW sorting R&D project in an existing plant.

In 1992, Mr. Priesters transferred to the parent company Trienekens GmbH, at that time the biggest waste management company and waste treatment technology leader in Germany. His responsibilities included plant optimization, planning and new plant design for a broad range of applications. In 2002/2003, he led a team that was entirely accountable for organizing and implementing the first large-scale experiments with MSW sorting.

Several patents are credited to Mr. Priesters and his team. These comprise of those for RDF production, packaging waste sorting plants and MSW sorting plants.

He started with TITECH GmbH, today known as TOMRA Sorting Recycling, in 2005, where he currently is Business Development Director. Together with his team, he is responsible for the establishment and growth of new and existing MSW treatment facilities worldwide, new segments and new applications.