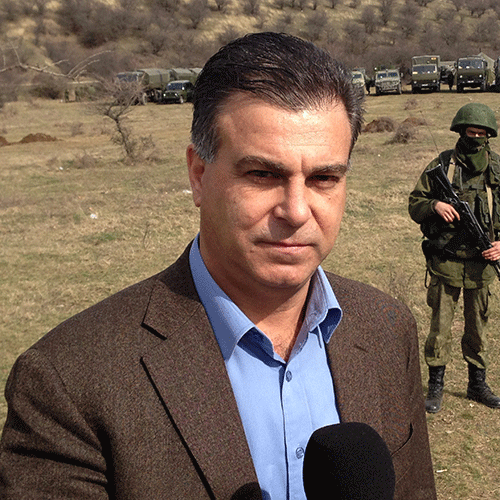 Nikolas Vafiadis was born in Athens in 1961. He studied Geology at the National University of Athens and specialized in Geochemistry and Petrology through X-Ray Diffraction. He started his PhD on the deposits of Wolfram in Greece, which he later abandoned and started working as a journalist. He was rewarded a scholarship from the British Council and –after his studies- received an MA degree in International Journalism from the City University of London.

He has worked for many influential Greek newspapers (including Eleftherotypia, Kathimerini and Kerdos), the Financial Times, radio stations (including BBC World Service, ANT-1 Radio), magazines (including Georama) and TV stations. His reports have been broadcast by many international media (including CNN, Sky News, CBS News, Al Jazeera, RAI, etc.) The last 30 years he works for the ANTENNA Group. He is currently the Head of the Foreign News Department of ANT-1 TV and one of the news anchors, while he teaches International Journalism at the ANT-1 Media Lab and “Mass Media and Social Media in Disasters and Crises” for post-graduate students at the Department of Geology and Geo-environment of the University of Athens.

His distinctions include the Botsis Foundation Award in 1993 <for his subjective coverage of the wars in the Gulf, in Nagorno Karabakh, in Yugoslavia and other hot spots of the planet>, the national television award as <the best war correspondent> in 1994, the Distinction of the Municipality of Athens <for his coverage of the war in Kosovo> in 1999, the Medal of the Friends of Scouts in 2000, the Ecumenical Hellenism Award in 2002, the Distinction of the Union of Journalists <for the coverage of the war in Iraq> in 2003, the medal of the Piraeus and islands’ UNESCO club in 2007, the distinction for his overall career as a journalist from the Greek Football Trainers’ Association in 2009, in 2011 the Apollo Award for social achievements and in 2016 the European Amerigo Media Award in Florence <for his overall contribution to the Media>. In 2003 he was named <Reporter of the Year> in the National Television Awards <Prosopa> for his coverage of the War in Iraq.