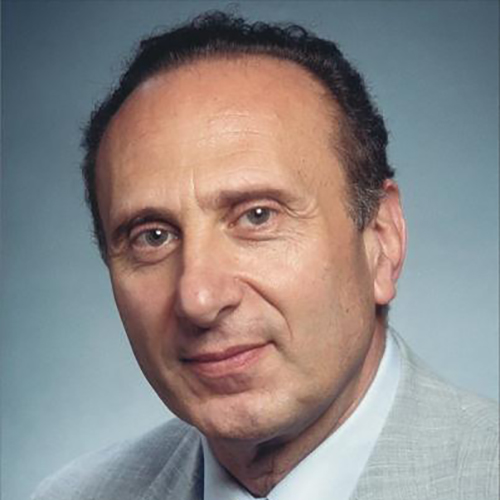 Born in 1942 in Thessaloniki, he has studied at the School of Civil Engineering of the National Technical University of Athens.

He started his career as a civil engineering researcher in 1968, setting up his own research company in 1980 and a second one in 1990. During their operation, both companies carried out studies of infrastructure works of a total amount of over 26.000.000 Euros. In the sector of Public Works Constructions, he constructed various major public works.

His social activity was greatly influenced by his refugee origins. Therefore, he has been the only continuously elected member of the Holy Institution “Panagia Soumela”, since its foundation in 1974. What’s more, in 2000 he created and funded the Refugee Housing Rehabilitation Foundation, donating approximately 250 building permits and constructing and distributing 46 houses to refugee families. Last but not the last of his activities concerning his refugee sensitivity, in 2001 he was elected Vice-President of the Panhellenic Federation of Pontian Associations, while from 2007 to 2016 he was the elected President of the World Council of Pontian Hellenism.

However, his charity work is not limited to refugee matters, as since 1968, when he started his professional activity, he has offered his contribution for free to every organization or social group that needed it. In this framework, he drew up the plans and supervised the construction of more than 20 churches in the Prefecture of Serres, as well as those of the Retirement Home and the Orphanage of Sidirokastro.

Furthermore, since 1974 he has offered free technical support and has drawn up all the studies of the works carried out at “Panagia Soumela” Monastery on Mount Vermio, while in 1994 he gratuitously constructed the central wing of the new Retirement Home of Serres.
Considering his political career, in 2002 and until 2006 he was the elected Mayor of Serres, while since 2010 and after his re-election in 2014 he has been the Vice-Regional Governor of Serres.