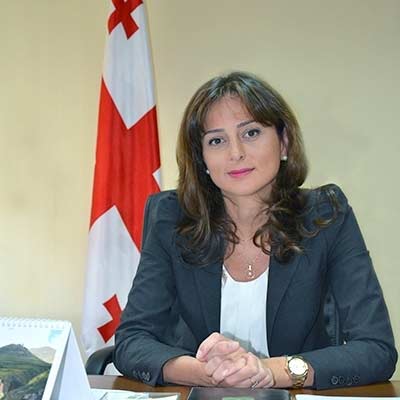 Prof. Maia Bitadze, author of more than 12 scientific articles on Environmental and Human Rights Law, works on the issues of the Environmental Law for more than 15 years and currently is Deputy Mayor of Tbilisi, Georgia.

She graduated from Tbilisi State University International Law School in 1999 with Honors and was awarded with the Doctorate Degree in Law later, in 2007 after defending thesis in the field of Environmental Human Rights Law.

Ms Bitadze is the Associate Professor of the Environmental Law at Tbilisi State University and the Caucasus School of Law, she is also invited lecturer at the Georgian University and Grigol Robakidze University. She had worked as a legal expert for the various international organizations, such as are UNDP, OSCE and FAO, focusing on the Environmental topics. Ms. Bitadze has also hold the positions in the governmental institutions of Georgia such as the Parliamentary Committee of the Environment and Natural Resources and the Ministry of Environment and Natural Resources Protection of Georgia, among them in 2011- 2014 she worked as a Head of the Legal Department of the Ministry.